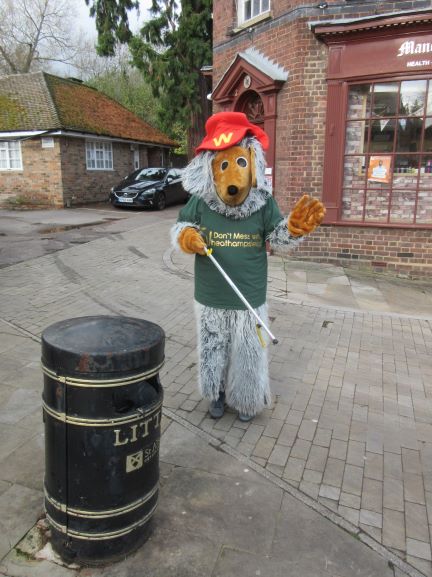 They are all about Keeping Wheathampstead Wonderful.

Wheathampstead and District Preservation Society (WDPS) is a group of dedicated local residents who want to improve our local environment.

WDPS accept that there has to be change and that some change is inevitable. Their aim is to try to ensure that change is managed in the best interests of Wheathampstead as a whole, and that unacceptable developments are not forced on the village against its wishes.

How did the WDPS come about? 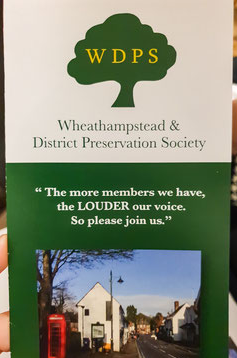 Wheathampstead and District Preservation Society was formed in 1995 by local residents, with the immediate objective of opposing the proposal by Sainsbury’s to build a superstore and petrol station on the former Murphy’s Chemicals site on the edge of the village.

The site is now the Waddling Lane housing development.

If you’re not already a member of WDPS, please consider joining and supporting their great work!

This shows WDPS AGM Feb 2019,in The Memorial Hall many members and village residents enjoyed the wine and cheese and celebrating the people who were nominated for awards.

Nominees were people who had contributed contributed towards Wheathampstead village being a great place to live and work. 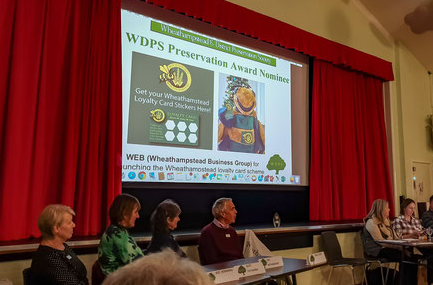